Do Laptops Have Lithium Batteries? 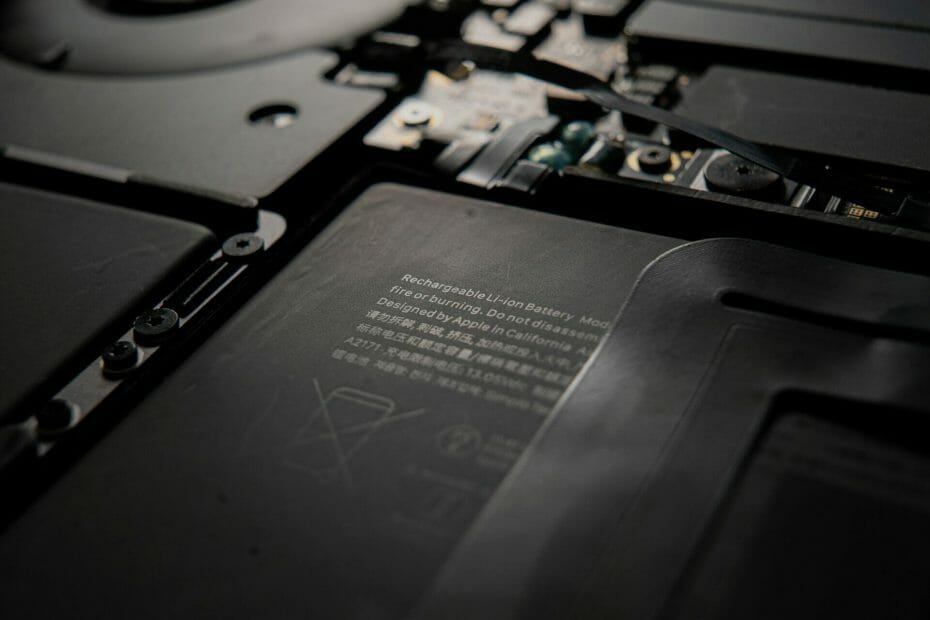 Are Lithium Batteries Used In Laptops?

NiMH batteries are heavier and larger than Li-Ion batteries. But they have a longer life span and are cheaper than Li-Ion. Plus, they don’t have any safety issues.

Your laptop might have two additional batteries inside. A spare battery, an alkaline battery inside is used to power the laptop’s internal clock. A third (optional) lithium-ion cell keeps things going for the minute or so it takes you to replace a used main cell with a new one.

So, which type should you buy? Well, it depends on how you plan to use your laptop. If you’re planning to travel frequently, then you might want to invest in a Li-Ion battery. Otherwise, you may want to opt for a NiMh battery.

What Exactly Are Lithium Ion Batteries?

Lithium-ion batteries are rechargeable, which makes them great for portable devices. But if you’ve ever taken apart a laptop battery pack, you know that there’s a lot more to it than just a bunch of lithium-ion cells.

Several components make up a laptop battery pack. First, there are usually multiple lithium-ion cells, which are used to store electricity.

Second, there’s a voltage converter and regulator circuit that keeps the voltage level constant throughout the entire battery pack.

Third, there’s a shielded notebook connector that lets the computer talk to the outside world. And finally, there’s a battery charge state monitor, a tiny computer that manages the whole charging process.

How Do Lithium-ion Batteries Work?

A lithium-ion battery is a type of battery that stores energy through chemical reactions between lithium ions and oxygen atoms in the cathode material. These reactions release electrons, which flow through an external circuit to produce power.

That’s why it’s important to cycle your lithium-ion batteries regularly. Otherwise, the lithium ions may build up in the cathode and cause the battery to fail.

A lithium-ion cell is a rechargeable battery that uses lithium-ions to store energy. These cells are used in laptops, smartphones, tablets, cameras, and other electronic devices.

These cells are pressurized inside a metal casing. There is a pressure-sensitive vent hole in the casing. If the battery heats up due to overcharging, the vent releases extra pressure. This prevents the battery from exploding.

Lithium-ion batteries are great for powering laptops, smartphones, and tablets. But there’s a problem with them — they can explode. And when they do, they can cause major damage or injury.

A lot of laptop owners don’t realize that lithium alloy batteries can catch fire. Even though they’re small, they still generate enough heat to burn through clothing and skin.

But you shouldn’t worry about exploding batteries. Most of the time, they won’t burst into battery flames. Instead, they will simply vent the liquid electrolytes they contain.

That means that the battery temperature itself isn’t dangerous. What’s scary is that the explosion can spread to other batteries in the same device.

To prevent explosions, manufacturers add safety measures to lithium-ion batteries. These include using materials that resist overheating, adding vents to allow gases to escape, and separating the positive and negative electrodes.

These precautions work well, but they aren’t foolproof. Sometimes, a manufacturing defect can lead to a short circuit between the positive and negative electrodes inside a cell. This creates a high-temperature environment that can result in an explosion.

If you buy a new laptop, smartphone or tablet, ask the manufacturer whether it uses lithium-ion batteries. If it does, find out which model has been recalled because of exploding batteries.

How Long Can Lithium Ion Batteries Be Used?

There are two types of lithium-based batteries – rechargeable and disposable. Disposable batteries are cheaper and do not require any maintenance. But they cannot be charged repeatedly. On the other hand, rechargeable batteries can be recharged many times.

In general, a battery lasts longer if it is stored in a cool, dark place. Also, storing the battery in a refrigerator helps extend its life. And a battery upgrade is not needed until using it for at least 2 years.

How Much Does A Lithium Ion Battery Cost?

That means that a laptop battery would last about ten years compared to an electric vehicle battery that lasts about 30 years. So if you’re planning on buying a laptop, you might want to consider getting a second battery instead of replacing the entire computer every year or two.

But if you’re considering an electric vehicle, you should think about getting a battery that lasts longer than the standard six months. You can find a lot of options online.

Some of the most common ones include Tesla Powerwall 2, Panasonic EVICU, LG Chem GEMINI, Samsung SDI, and Sony IMX300.

What Are Some Of The Drawbacks Of Lithium Ion Batteries?

They are extremely sensitive to heat. High temperatures cause lithium-ion batteries to degrade much faster than normal.

They are extremely sensitive. You should never charge a lithium-ion or metal battery beyond 80% capacity. Charging past 80% capacity can damage the battery.

A lithium-ion battery must have an onboard computer to manage the battery and prevent overheating. This makes them even pricier than they already are.

There is a small chance that if a lithium-ion battery pack fails, it will explode.

You cannot fully discharge a lithium-ion battery. Doing so ruins it forever.

A lithium-ion battery cycle must have an onboard computer to manage the battery-to-battery arrangement, making them even pricier than regular batteries.

There is a slight chance that if a lithium-ion cell battery pack fails, it might burst into flames.

Is There A Superior Battery To Lithium Ion?

Lithium batteries are used in laptops, smartphones, tablets, and almost every electronic gadget today. And even though they’re used in a lot of devices, there isn’t anything superior to them.

That being said, there isn’t a single Li-Ion battery pack that reigns supreme over the others. They’re all great options depending on your needs.