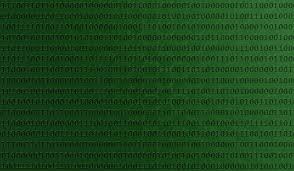 In today’s day and age digital storage has become very important as it is used in storing data that’s is required by digital devices for them to run and conduct various operations. For instance, if you consider a computer, it needs a physical device that stores data both temporarily and permanently, this can be either small or large. These storage devices can be embedded inside the digital device in question or they can be externally connected to the digital device. For instance, the Random Access Memory stores data temporarily for a short period of time, in this case, it is connected to the computer on the integrated circuit from where it is accessed by the Operating System. This storage is considered volatile because it stores data temporarily, however, there are other storage devices that are non-volatile which store data for a longer period, a good example would be the ROM.

Several circuits make up a computer processor, which can either be on or off. From the perspective of the memory, the ON can be represented as 1 while the OFF is represented as 0. These binary digits are often suspended together to make up bits, for instance, you can have a group of bits which is identified as a byte.  It’s all a matter of combining the bits to match the desired byte, moreover, these bytes can also be combined into different ways to make up a larger number. The same underlying concept works inside the computer.

The measurement of memory is done using KiloBytes (KB) or MegaBytes (MB). The correct representation of a kilobyte is 2^10, which is 1024 bytes. On the same note, a megabyte is 1024^2, which is 1, 048, 576 bytes. These concepts work both for disk space and computer memory, the units are the same. However, there is a difference between the disk space and the RAM space.

A byte refers to eight binary digits in a computer system. This is what a computer uses in the representation of characters such as numbers, letters, or even typographic symbols. Bytes are also used in grasping strings of bits that are then used by application processes. The abbreviation of a byte is “B”, while the bit is abbreviated “b”.

In measuring the computer storage, we use multiples of a byte. For instance, 500 MB equates to a nominal of 500 million bytes of data. The Byte multiples constitute of exponents of 2 and they’re expressed as a rounded off decimal.

The Kilobyte is slightly bigger than the byte but it is still a small unit for the measurement of memory. The abbreviation for a Kilobyte is “KB”. One KB constitutes 1,000 bytes from a technical perspective. A simple text file main has 15 KB of data.

A terabyte constitutes of 1,000 GBs or 1,000,000,000 bytes, it’s abbreviated as TB. Technically speaking 1 TB contains 1 trillion bytes. This storage unit is used for devices that store significantly large amounts of data. Such devices can be found in complex workstations with several hard drives.

A petabyte contains 1,000 TBS or 1,000,000,000,000,000 bytes. This unit is abbreviated as “PB”. This storage unit is hardly used because very few devices can handle such a capacity. On the other hand, this unit is often used in measuring the capacity of large networks.

How much is 1gb of data

By breaking down the numbers, you get to understand the amount of data that is contained in a gigabyte. As mentioned earlier, 1GB contains 1024 megabytes (MB), subsequently, a megabyte is in turn made up of 1024 kilobytes (KB). In other words, 1 GB is made up of 1,048,576KB

What is a gigabyte?

Giga means 10^9 according to the SI units. A gigabyte is 1000000000bytes. The unit symbol for the gigabyte is GB. This unit is used in the computing world to measure the amount of data that is stored in a storage device such as hard disk or flash disk. However, the term can be used ambiguously and in most cases, it is used to measure the storage capacity in a RAM.

In converting gigabytes into megabytes, it’s important to start with the very basic unit that is used in the measurement of the storage capacity of storage devices. Generally, you can just multiply the number of gigabytes by 1000 to get the equivalent of the unit in megabytes.

However, to be more accurate, you need to understand that 1 Gigabyte contains 1024 Megabytes. So converting 1 Gigabyte to Megabyte, you’ll get:

Is MB bigger than kb?

In determining whether one megabyte is bigger than a kilobyte, you need to have the following units in mind:

In computing, the kilobyte has 1024 bytes while the megabyte has 1048576 Bytes. So a megabyte is bigger than a kilobyte. As mentioned previously, we saw that based on the Standards International units, the units increase by 1,000 from the kilobyte to the Exabyte.

However, to be more accurate in the digital memory realm, the binary nature of data increases by a factor of 1024.

What is bigger MB or kb?

How many megabytes in a terabyte?

What does MB stand for?

MB is an abbreviation that stands for megabyte.

How many GB is a movie?

I gigabyte has 1024 megabytes, so to convert the 4096 megabytes into a gigabyte, we divide this by 1024 which gives us 4 gigabytes.

It all depends on what you are doing with the data if you are streaming a movie or just browsing on social media. But to give you a general answer, it might be enough to do most of the things we do on our phones over a period of several hours.

Is a GB bigger than an MB?

Is an MB bigger than a kb?

Yes, a megabyte is bigger than a kilobyte. Consider the scale below:

Is MB bigger than GB?

NO, a megabyte is not bigger than a gigabyte. Consider the scale below:

Which is bigger MB or GB?

A gigabyte is bigger than a megabyte. Consider the scale below:

previousHow To Get Someones IP From Discord
nextWhat Are The Coolest Gadgets On Amazon That Are Affordable?