How To Change Cpu Fan Speed Without Bios? 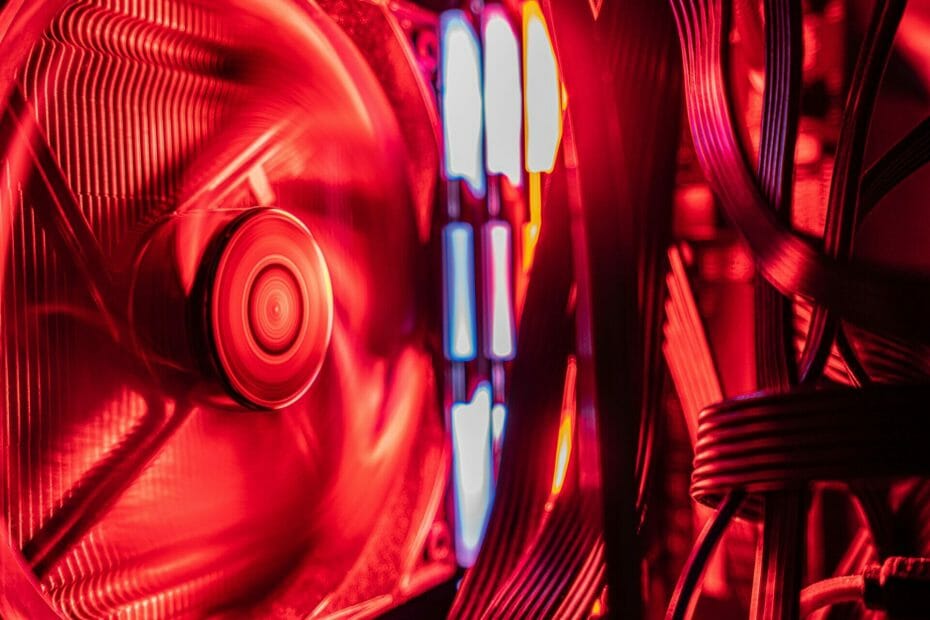 Changing The CPU Fan Speed Without Using The BIOS

You can change the CPU fan speed without accessing the BIOS using a fan controller app or changing the fan speed manually. You can find a number of free apps available online that let you adjust your fan’s speeds such as SpeedFan. These apps work by monitoring the regular temperature inside your PC and adjusting the speed accordingly.

You’ll never have to worry about your computer overheating ever again if you install this fan control software. You’ll be able to monitor your computer’s temperature and change its fan speed via software.

This fan control software works with most motherboards and comes with a free trial version. Once you’ve downloaded the program, you’ll be able to view your computer’s current CPU temperature and fan speed. Then, you’ll be able to adjust the fan speed using the mouse wheel or keyboard shortcuts.

With just a few clicks, your computer’s fan speed will automatically adjust to match the CPU and GPU temperature inside your case. And since the software monitors your computer’s ideal temperature, you won’t have to worry about your system overheating.

SpeedFan is a great little fan speed control software that allows you to change the speed of your computer fans without needing to mess with your motherboard settings. It’s compatible with most motherboards, including Intel, AMD, and VIA chipsets.

You’ll find plenty of options to tweak the speed of your fans, including setting the minimum and maximum values, adjusting the curve, and changing the mode.

While Speed Fan isn’t the only fan speed control software out there, it does provide a lot of flexibility and customization. If you’ve ever wanted to fine-tune your cooling performance, then SpeedFan is definitely worth checking out.

You can find SpeedFan at the official site. You’ll need to download the software and then install it. After you’ve installed the software, you’ll be able to access the speed settings for your fan and processor. Make sure that you check for compatibility before installing the software.

Speeding up your computer fan speed isn’t difficult at all. All you need to do is open up SpeedFan and select the options that you’d like to change. Once you’ve done that, click Save Settings and close out of the program. Now, whenever you boot up your PC, the settings that you chose should kick in.

You can also manually change your fan speeds using the Windows Control Panel. From there, you’ll find a section called Cooling where you can adjust your suggested CPU fan speeds.

You can also configure your fan speeds based on the processor temperature detected by the program. Simply select a safe temperature to keep the system running safely regardless of how much work you’ve got going on at the moment.

There are lots of reasons why you might want to change the speed of your PC’s cooling fans. Maybe you’ve noticed that your computer overheats after running certain programs or games for long periods of time. Or maybe you want to reduce noise levels during gaming sessions. Whatever the reason may be, there are plenty of options available to you.

You can buy external fan controllers that connect directly to your motherboard via USB ports. You’ll find them at most major retailers, including Amazon.com. Alternatively, you can purchase standalone units that plug into your power supply. Some models include built-in LED lights that let you monitor the status of your system.

Using external fan controllers is super convenient. All you need to do is add them to the outside of your computer and switch them on when you need them. There’s no need to mess around with the internal components of your computer. Plus, you won’t have to worry about damaging anything inside your case if you accidentally knock it off its stand.

Notebook FanControl is a great fan speed monitor program for those who want to change the speed of their laptop CPU fan without using the BIOS. It’s super easy to install and set up, and it’s completely free. You’ll never have to worry about messing with the BIOS settings ever again.

Beginners can just start it right up and get it going. It monitors temperatures in real time and automatically starts when it detects that the system is running hot. Once it does, this fan speed monitor software lets you adjust the speed of the fan manually.

You can also add Notebook Fan Control to your startup applications if you’d prefer to have it launch every time you boot up your PC.

How Can You Keep A Computer Cool?

To keep your computer cool and avoid overheating, there are several steps you should take.

Windows are great, right? Well, yes and no. Sure, they keep our homes cool during the summer months, but they can also wreak havoc on your computer if you leave them open all day long.

You may think that opening your windows during the hot summer days keeps your house cooler, but that isn’t necessarily true. While the sun does raise the temperature inside your home, it doesn’t actually change the air pressure.

As a result, there is still plenty of air circulating through your home, keeping it nice and cool. However, when you open your windows, you remove that constant flow of fresh air. Instead, you force the stale air in your home to circulate around your room, causing your computer’s internal temperature to rise.

Keeping your computer vent clean is essential if you want to prevent overheating (and potentially computer mites). Dusty vents can cause your computer to overheat, which can damage your hard drive and slow down performance.

You can easily remove any accumulated dust using a simple cloth or paper towel to reduce the automatic fan speed. Just wipe down the vents and let them dry naturally. You can also buy a canister that is filled with air to blow out the tiny particles.

If you keep your computer open and out all the time, it may start to heat up. Shutting down your computer gives it a chance to cool off and save energy.

You should only ever shut down your computer if you absolutely must. Otherwise, you’ll be saving yourself a lot of trouble and energy.

Both methods are effective for CPU blower speed control. However, if you want to keep your computer running cooler, you’ll want to consider upgrading your fan.

Fans are very sensitive components. Replacing them can cost hundreds of dollars. Instead of waiting until your fan breaks down, you can buy a new one now and avoid the hassle later. There are plenty of options available online, including ones that are guaranteed to last.

Not only does buying a fan now save you money, but it also gives you peace of mind knowing that you won’t have to worry about replacing it anytime soon.

A water cooler is a great investment if you spend long periods of time gaming. It helps to keep your computer running at optimal performance levels.

You can find water coolers online or at local stores. Some come preassembled, while others require assembly. Either way, you’ll need to purchase tubing, fittings, hoses, pumps, and filters.

Once you’ve assembled your water cooler, you’ll need to install it properly. Be careful not to damage your motherboard chipset or CPU during installation. Once installed, you should test your water cooler to make sure it functions correctly.

To keep your computer running at its peak performance, consider investing in a water cooler. It’s a relatively inexpensive solution that will last for years.

There are a lot of software programs available today that monitor your computer’s internal temperature. These programs can tell you if your computer is overheating, and they can alert you to any problems that may arise.

You should install a program like this on every computer you own. It’ll keep your computers running smoothly and prevent hardware damage.

What Causes Computer Fans To Be Noisy?

Computer fans are noisy because they are constantly spinning at high speeds. Dirt, dust, and small particles like hair can damage the bearings inside the fan, causing it to spin faster and louder.

Cleaning your computer fan regularly helps prevent this problem from occurring. You can use an electrical vacuum, compressed air cans, or a damp cloth to remove any debris from your fan.

What Is The Ideal Speed For A CPU Fan?

Electronic fans are generally quieter than mechanical ones, but they tend to run slower. However, if you’re running a lot of programs at once, you may not notice any difference between the two.

For most users, the ideal CPU fan speed range is somewhere between 50% and 70%. If you’re manually adjusting your graphics card fan speed and rpm, make sure you keep it at 100% of its capability.

Why Do My Fans Always Run At Full Speed?

You may think that your fans are working fine, but if they’re constantly running at max speed, there might be a problem. One of the most common reasons for this is a faulty temperature sensor. These sensors measure the temperature inside your computer and send signals to your motherboard telling it whether or not it needs to cool down.

A damaged heat sink can cause your fans to run at full real-time speed as well. If your heat sink is cracked or broken, it won’t dissipate enough heat to prevent overheating. This causes increased CPU utilization to work harder and generate more heat, which results in your fans running at full optimal speed.

previousTop 10 Best Laptops For Crafting
nextAsus Vs Hp: Which Laptop Should You Buy?