Is DDR4 Better Than DDR3? Find Out Here

The market is filled with a significant number if DDR4 memory options but this have not entirely banished the DDR3, which is by far preferred by many people. The issue with DDR4 is that it’s limited to Intel’s X99 platform and the Extreme processors, these two are expensive and they’re not necessarily the best when it comes to gaming experiences relatively compared to the Core i5s and the i7s.

Although DDR4 hits higher clock speeds, it is significantly expensive compared to the DDR3. On this note, if you’re a thinker who is not swayed by the market hype, you probably want to know the underlying difference between DDR3 and DDR4, that’s what we’re going to look at. 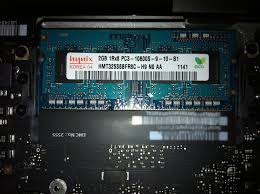 The first consideration that we need to make is the voltage operation level. The DDR4 operates at a significantly lower voltage if compared to the DDR3. The operational difference is 0.3 voltage since DDR4 operates at 1.2 volts while DDR3 operates at 1.5 volts. DDR4 RAM is often found in Haswell-E desktop systems which operate between 300W to 1200W range.

If you consider those numbers you will notice a voltage difference of 15W compared to the DDR3. This might not be a huge number for home users but it is a significant number for large scale computer architectures and server farms, in such locations, you find hundreds of systems that are running thousands of DDR4 modules, these numbers make significant savings which will add up over the long run.

The other big difference that is inherent between the DDR3 and the DDR4 is the speed. The DDR3 starts at 800 MT/s with some going up to 2133 on the other hand, the DDR4 starts at 233 MHz. This increase in speed results in the bandwidth increase.

But this also comes with latency increase, however, high clock speeds facilitate quick transfers while the increased speed facilitates quick transfers which maintain an overall latency that can be compared to DDR2 and DDR3. For instance, the DDR3-1600 would operate at a latency of CL11, this took 13.75 nanoseconds to successfully initiate a read. On the other hand, the DDR4-2133 sits at CL15 and it was able to achieve a read in 14.06 nanoseconds, comparing the two, this equates to a 2% increase.

The next important question is how does this reflect in the real-world performance? After careful consideration of various benchmarks that compare DDR3 and DDR4, none of them is a performance leader. It turns out that the difference between the DDR3-2133 and DDR4-2133 is negligible in a number of ways. In the comparisons, the DDR3 was somewhat faster for about half the time with only a few percentages separating the two memories.

In our next issue on the memories, we will look at the significant greater details between the two RAMs.