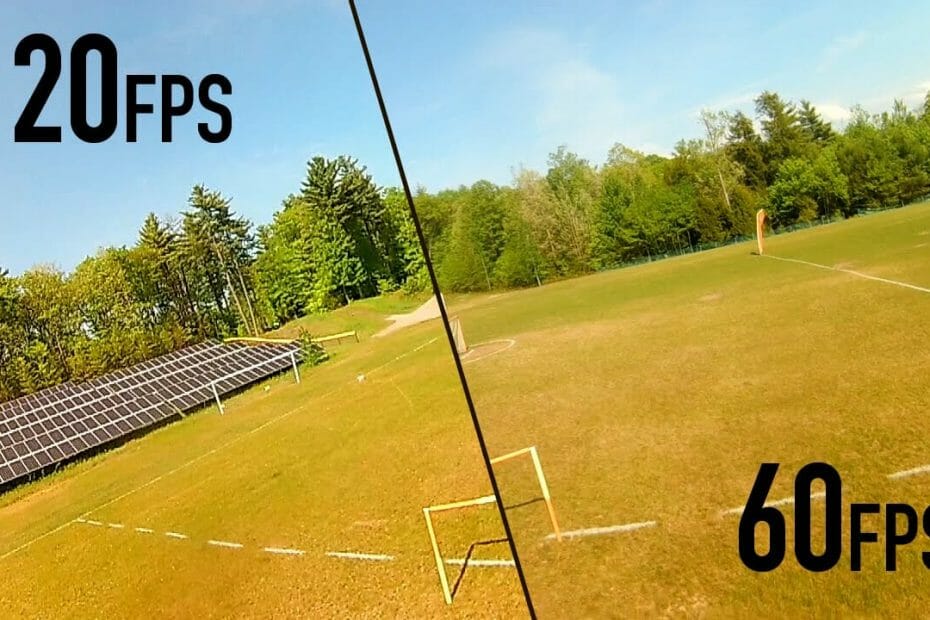 Most players think that a higher frame rate offers them a competitive edge. Don’t mix frames-per-second (FPS) with hertz (Hz), the rate at which your gaming system displays those FPS. If you’re wondering if it matters that the PlayStation 5 and Xbox Series X can run some games at 120 frames per second, you’re not alone.

Does 120 fps make a noticeable difference? Smoother visuals at 120 frames per second make it simpler to respond quickly in games. The latency and blurring impacts of games are much improved by moving from a 60fps to a 120fps gaming computer.

For instance, when shooting at 120 frames per second, the target and background remain in sharp focus. Nvidia found that utilizing a gaming machine capable of a high frame rate (FPS) improved performance in games like Fortnite and Call of Duty.

Manufacturers of gaming consoles are working hard to improve their devices’ frame rate (FPS). However, many argue that there will come a day when the naked eye can’t tell the two apart.

Some players don’t put much stock in the frame rate of their console or TV, while for others, it’s a must-have feature. You may wonder how the difference between 60 and 120 frames per second (fps) affects your gaming experience.

You can tell the difference between 60fps and 120fps by looking at the screen while playing a game. On the other hand, the FPS differential is only visible if your screen can handle it. Although your gaming system may be capable of 120 frames per second, you will not see a difference on a 60-hertz monitor.

Game type is also a factor in this distinction. Many people think that 60 frames per second are the most that the human eye can handle. There is empirical evidence to support the assumption that human eyes and brains can process high frames per second.

A high frame rate (FPS) will produce a crisp image when playing games where reaction time is critical. Also, a skilled player is less likely to make mistakes because of the sharper animations on a 120fps display compared to a 60Hz refresh rate.

Only if your monitor supports the higher frame rate will you be able to discern the difference between 60 and 120 frames per second. Many people hook their consoles to their TV when playing video games for better viewing. Most televisions only run at 60 hertz. Thus even if your console is capable of 120 fps, you won’t see a difference.

If your TV can only handle 60 hertz, the latency in game will continue to run at that frame rate. Be careful to match the frame rate of your new console or computer with a display that can keep up with it.

You may or may not be able to discern the difference between 60 and 120 frames per second, depending on the game server you are playing. Sixty frames per second are optimal for first-person shooter games, while 120 is ideal for multiplayer.

If you’re playing Marvel’s Spider-Man: Miles Morales on the PS5 and you suddenly turn, the online game will blur because of the low frame rate. The results are choppy at 30fps, but at 60fps, they’re silky smooth. While a max frame rate of 120 fps is crucial for first-person shooters like Call of Duty, it is less crucial for simulation Faster-paced games like The Sims.

One school of thought holds that the human visual system cannot process frames at a rate higher than 60 frames per second. Over many years, people’s eyes adjusted to the 60 frames per second that their TVs could only provide. You won’t notice any difference if you switch to a 120Hz television.

Only in fast-paced scenarios do you see the benefits of a high real refresh rate, making the difference difficult to spot at first. You probably won’t notice the change if your game contains a lot of cutscenes or moving pictures that don’t move very fast. Try playing a game performance at 120 frames per second for a day and then switching back to 60 frames per second to observe the difference. The difference will be obvious to you.

When a person sees something, it immediately gets sent to their brain for analysis. When playing a game at 60 frames per second, your eyes will convey the light from the screen to your brain, where it will be processed as a continuous stream rather than as a succession of constant and flickering lights.

So, it turns out that the human eye can detect more frames per second than was previously believed. So that you don’t become too distracted, your brain will combine all the individual flashes of light into a single image. While your eyes may be distracted by the constant stream of action, your brain is actively processing each of the 120 frames per second as a single image.

Assuming your gaming rig was designed for higher FPS, you shouldn’t notice any performance drops while bumping up the frame rate speed. Competitive games can run at 120fps on the PS5 and Xbox Series X, so it’s not like your console is struggling to keep up with the demands of the latest titles. However, if you are using a personal computer (PC) for gaming, you will find your single-player game is slow when playing at 120fps if you have other programs or applications running in the background. If you need extra computing power for a particular software, you should minimize the number of other apps running on your system.

Why Does High FPS Be In Demand For Gaming?

High FPS, or frames per second, measures how smoothly a video game runs on a player’s computer. A game with high FPS will run smoothly, with little to no lag or stuttering, while a game with low FPS will be choppy and difficult to play. High FPS is highly sought after in gaming because it can greatly improve the gaming experience.

One of the main reasons why high FPS is in demand for gaming is because it can improve response times. When playing a fast-paced game, every split second counts. If the effective refresh rates in video game run at a low FPS, it can take longer for the player’s actions to be registered on the screen, leading to mistakes and deaths. On the other hand, a game running at high FPS will be able to register the player’s actions much faster, which can give them a competitive edge.

Another reason why high FPS is important for gaming is that it can reduce eye strain. When a game is running at a low FPS, the image on the screen may be choppy and difficult to look at for extended periods. This can lead to eye strain, headaches, and even dizziness. On the other hand, a type of game running at high FPS will be much smoother and easier on the eyes, making it more enjoyable to play for longer periods.

High FPS can also improve the overall immersion of a game. When a game runs smoothly, with no lag or stuttering, it can be easier to get lost in the game world and fully immerse in the experience. On the other hand, a game with low FPS can break the immersion and pull the player out of the game.

In addition to the benefits for the player, high FPS can also improve the overall performance of a game. A game running at a low FPS may suffer from lag or stuttering, leading to a poor overall experience for the player. On the other hand, a game running at high FPS will be able to use all of the resources of the player’s computer, which can lead to a more seamless and enjoyable experience.

There are also several technical reasons why high FPS is important for gaming. For example, higher FPS can lead to a lower input lag, the time it takes for a player’s actions to be registered on the screen. This can be especially important in racing games that require precise timing, such as first-person shooters or fighting games.

A professional gamer will notice the difference in animation from 60fps to 120fps. Animations are smooth at 120fps, depending on your display’s frame rate match. A 120fps console requires a 120fps display. If your gaming system and monitor don’t match, high FPS games will shred.

Nvidia examined if a high FPS improves gameplay. A higher FPS lowers tearing, ghosting, and latency, according to a study.

High FPS improves the kill-to-death ratio by up to 90% in combative games. Buying a gaming machine that can play games at high FPS.

previousWhich browser uses the least ram? – Find out here
nextHow to use the fn keys on laptop – The Ultimate Guide 2023